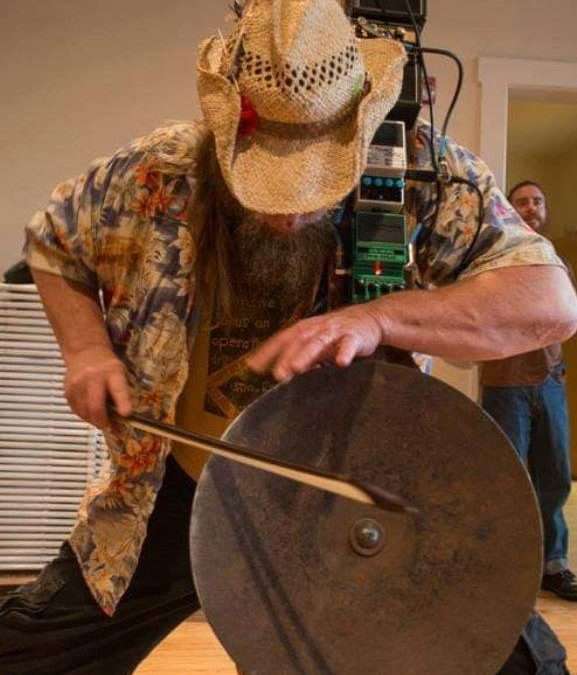 New Music Night
Dei Xhrist is a vocalist with a vast repertoire of notes but only chooses to use a half dozen or so at a time, creating limited operatic arias on a bed of noise and feedback.

Mitchel Ahern performs , writes, and directs with the Fort Point Theatre Channel and the Viae Ensemble. His invented instrument, the harrow, is made of a blade from a disc harrow, mounted to a cello-like body and bowed, drummed, sqeaked or otherwise manipulated. He has exhibited, performed and/or directed at the DeCordova Museum, Chelsea Theatre Works, 119 Gallery, Atlantic Works Gallery, Galatea, The Middle East, The Rat, the Knitting Factory, Figment, and Wonder Valley Festival.

Walter Wright is an interdisciplinary artist, his practice includes computer programming, electro-acoustic music, and video performance. He plays in several groups including Egregoros, ELKA BONG, and ensemble inédit?!. He plays an AVSynth, Bugbrand Board Weevil, drums and percussion.